PRESIDENT of the little-known United Independent Congress (UIC), Joseph Patterson said yesterday that he would take legal action against the police for what he believed to be very aggressive and forceful treatment of people who took part in a demonstration for which no permission was given, and which violated the Disaster Risk Management Act.

The UIC leader, who was later arrested and offered bail, yesterday morning led members of the Rastafarian community, Muslims and people who identified as Christians on a protest in downtown Kingston to protest compulsory vaccination, despite the absence of an official announcement by the government that vaccination will be compulsory.

Patterson, who was warned by police that permission had not been given for the protest due to the health risk of large groups of people gathering due to the novel coronavirus, said he was manhandled and sprayed with pepper spray by the police.

“They violated my rights by roughing me up and pepper spraying me and other members of our team; we are against this and we are going to file a complaint. They’ve arrested three people, I don’t know why, but we’re going to fight for their rights,” Patterson told the Jamaica Observer.

Claiming their lives and freedom were at stake, Patterson said: “We are told to take a foreign substance [COVID-19 vaccine] in our bodies that even the Prime Minister does not seem to understand, and he insists – along with the employers – on taking away our rights.

According to Patterson, he fights to protect the life, liberty and property rights of all Jamaicans and to ensure that freedom of expression, freedom of movement and freedom of choice are protected.

“We are neither anti-vaccination nor pro-vaccination; we are pro-choice. We are here to defend the rights and freedoms of all Jamaicans, including the police,” he said.

Chief Superintendent Steve McGregor, before the march, told protesters that ‘you are in breach of the Public Order Act and the Disaster Risk Management Act, which does not provide for any gathering of more than 10 people “.

Also present at the protest was the president and founder of the Rastafian Advancement Foundation, Shickell Rose, who posed a series of questions to the government regarding the arrests.

“Have you ever visited the tax office and how are they not arrested for being in tufts every day? When they had political meetings, why didn’t they arrest these people because they were grouped? Why is it that when you fight for your rights they want to use the Queen’s subjects to oppress us? Either way, we’re here,” a disgruntled Rose said.

Additionally, Clive Muhammad, spokesman for the Nation of Islam’s Jamaica branch, said that despite the stance taken by police, he supported Patterson’s opposition to the vaccine mandate.

“This is important because we need to send a message to the Jamaican government that what you are doing is wrong in trying to impose a vaccine that has not been proven safe for 100% of the population,” Muhammad said. .

Using Israel’s recent announcement that all fully vaccinated people should receive the booster shot by October 1 or risk being labeled as unvaccinated, Muhammad said: “Basically what they say, the vaccine wears out. Have you ever heard of a vaccine running out? 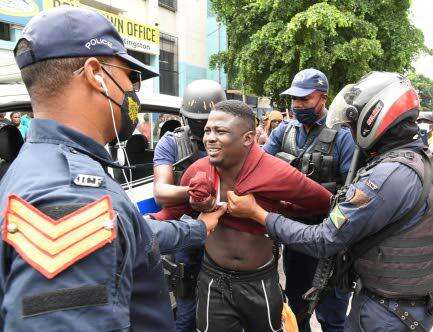 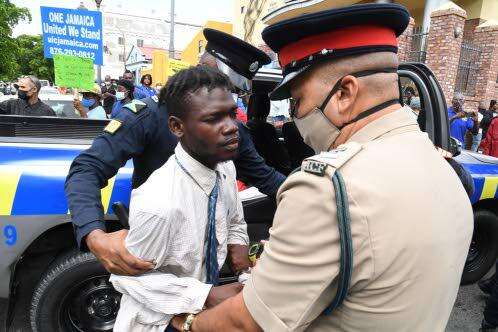 The police arrest one of the protesters. (Photos: Joseph Wellington) 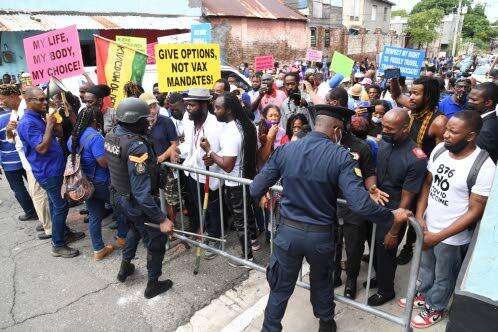 Members of the UIC party and other groups protesting compulsory vaccination, although no such mandate was given. 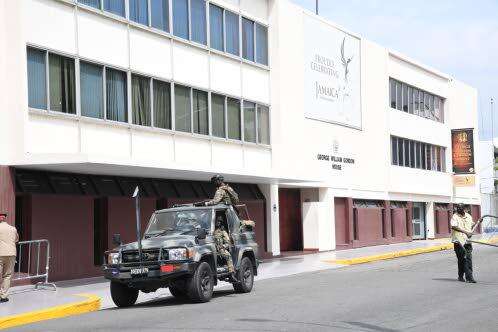 Soldiers in front of Parliament during the demonstration

The FIA ​​has acted beyond its competence by filing an FIR on a critical tweet: IHC