The protest that has occupied downtown Ottawa since Jan. 28 has proven to be a lightning rod for the underlying pent-up anger that has built up among Canadian citizens over the past two years of COVID-related restrictions. -19.

At the very start of the pandemic, Canadians took to the streets to bang pots and pans in tribute to the efforts and sacrifices made by our frontline healthcare professionals and essential workers.

We now have a nationwide movement of honking protesters in support of a tiny minority of cross-border truckers who refuse to comply with a vaccination mandate. 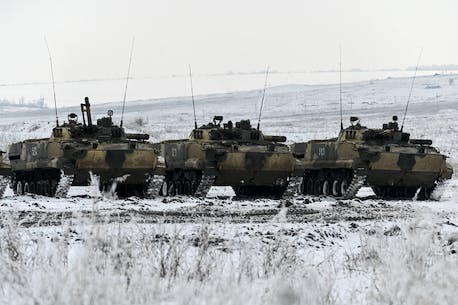 It is at least the initial genesis that pushed the organizers of what they call the freedom convoy to bring their road show to the gates of Parliament Hill.

However, it didn’t take long for this simple one-time request to turn into a rejection of all COVID-related mandates – vaccines, masks and passports.

It also didn’t take long for the protesters’ message to shift from mere opposition to Prime Minister Justin Trudeau to the ludicrous goal of overthrowing Canada’s democratically elected Parliament.

Believe it or not, convoy leaders have publicly called on Governor General Mary Simon to recognize a new coalition government based on opposition parties and, uh, unelected trucker protest representatives.

Again, in the interest of full disclosure, I reside with my family in downtown Ottawa and as such have had a front row seat to Occupy the Horn from the beginning.

It’s been irritating and awkward at times, but thankfully it’s never been personally threatening or violent at any time to date.

That said, it was also far too celebratory to be considered a serious outpouring of collective anger by the Canadian public.

There were Canadian flags everywhere. The vans apparently always displayed two flags while the pedestrian protesters carried nearly all of their flags tied to a hockey stick.

To maintain the collective strength of the demonstrators, free provisions were not lacking. Barbecues produced steady streams of burgers, hot dogs and sausages, free to all protesters and spectators. There were also caches of essential supplies like paper towels and even mattresses, all available free of charge thanks to generous donors.

Crowds thronged in search of a focal point that often materialized in a form ranging from a busker to a devout religious believer shouting Bible passages through a battery-powered karaoke speaker.

Crowds dancing to the beats of Ghostbusters or Don’t Worry, Be Happy would be quickly brought to attention with shouts of “F–k Trudeau” or the film’s Braveheart rallying cry of “Freedom!”

To maintain the collective strength of the demonstrators, free provisions were not lacking. Barbecues produced steady streams of burgers, hot dogs and sausages, free to all protesters and spectators. There were also caches of essential supplies like paper towels and even mattresses, all available free of charge thanks to generous donors.

For the smaller protesters in attendance, organizers brought bouncy castles (yes, there were more than one) and hay bales, making this supposedly national political protest more of a small town, county fair.

In other words, it’s a collective whimper of slight unease, rather than a genuinely angry mob bent on creating revolutionary change.

For adult protesters/occupiers, arrangements have been made to relieve stress after a long day of crying out for the overthrow of the Liberal government.

At the logistics center established in the parking lot of the Ottawa baseball stadium, the convoy organizers had installed a portable sauna and a whirlpool.

In other words, it’s a collective whimper of slight unease, rather than a genuinely angry mob bent on creating revolutionary change.

In March 1917, when starving Russians rioted in the streets of St. Petersburg, their shouted demand was “Bread!” In the following days of violent demonstrations, the slogan of the Russian rioters turned into cries of “down with autocracy”, which quickly culminated in the successful overthrow of the Tsar.

These angry Russians were driven by hunger and they certainly didn’t bring their kids with them, let alone make sure they had bouncy castles to jump on while their parents overthrew the Russian government.

With regard to freedom of expression, I firmly believe that this is a fundamental principle of democracy. As a former soldier, I also recognize the fact that the role of our soldiers is to protect our democracy, not to practice it.

As such, strict rules are in place to prevent the military from making political statements of any kind.

This brings us to the bizarre case of Major Stephen Chledowski, an artillery officer who uploaded a nine-minute video in which he accused federal and provincial politicians of being traitors and suppressing the rights of Canadians.

“I call on my military and police comrades to stand up now and protect your loved ones from this government’s forced medical tyranny,” Chledowski said on the video.

I recognize that Chlewdoski may have his own personal opinion regarding vaccines and government mandates, but the fact that he is making a public appeal – as a major in uniform no less – for his comrades to follow his example is undoubtedly sedition.

It is one thing for convoy participants to play the role of revolutionaries, quite another for an officer on duty to incite widespread disobedience in the ranks.

Prime Minister Modi launches ‘Gallery of Revolutionaries’ museum in Mumbai; Congress says it is influenced by the RSS

The nation that forgets its revolutionaries is not good for that nation: Anil Vij