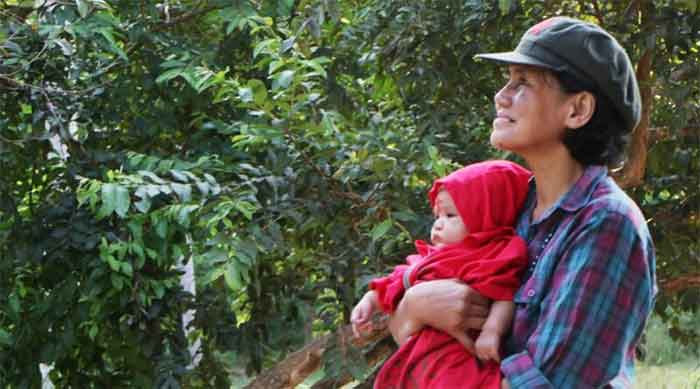 Women activists around the world raise their fists to confront imperialism, fascism and all forms of reaction. Together with the broad masses, they are inspired by their heroes and martyrs, and are determined to carry the torch of the cause of national and social liberation. Unfortunately, governments in power liquidate their kind through murder by blaming them on false charges of languishing within prison walls.

In recent times, many women have sacrificed their lives to serve the cause of national and social liberation. We remember the martyrdom of Kerima Lorena Tariman (Ka Ella), 42, who was martyred a year ago in Silay City, Negros Occidental, along with Joery Dato-on “Ka Pabling” Cocuba. Artist and intellectual, Ka Ella devoted herself to the peasant masses of Negros and remained attached to their cause. A year after his death, the people of Negros continue to honor his contributions to their just cause of national and social liberation.

We also remember today Sosin Mihemed (Sosin Bîrhat), commander of the Women’s Protection Units (YPJ), who, together with three other fighters, was martyred in a drone attack launched by the Turkish armed forces against the center communication of the Til Temir Military Council in Rojava on August 19, 2021. Bîrhat played a crucial role in the revolutionary defense war in Rojava and the armed offensives against the occupying Islamic State and Turkish forces in the north and l east of Syria.

Subsequently Jiyan Tolhildan, Roj Xabûr and Barîn Botan were assassinated by the Turkish state on July 22 after having participated in a forum on women in the revolution. All revolutionary forces condemn the Turkish fascist government for this despicable murder.

Tolhildan projected the leading role of the YPJ in the Kurdish people’s struggle for national self-determination. She illustrated the important role of women in countering all kinds of attacks by the occupying forces as well as the fight against the patriarchal mentality. Both Tohildan and Roj Xabûr were members of the YPJ while Botas was a member of the YAT.

It is imperative that artists, poets, rights defenders and other democratic organizations around the world demand the immediate release of Adora Faye de Vera. Adora Faye was arrested by police last Wednesday afternoon at her place of residence in Quezon City and then taken to the town of Calinog, Iloilo, where she was charged with spurious criminal charges. She joins at least 800 other political prisoners in the Philippines who continue to face unjust incarceration.

Adora Faye is a dedicated and relentless artist, poet and servant to the people of the Philippines. From an early age, she joined the fight against the martial law regime of Marcos and fought in all battlefields against the fascist dictatorship. .

She and her two companions were abducted in 1976 by military forces in Quezon province and held in a military “safe house” in Bicol. They were subjected to brutal forms of torture, including being forced to perform sexual acts. His two companions – Flora Coronacion and Rolando Federis – were then disappeared by the army.

Adora Faye was repeatedly raped by her captors and later forced to have an abortion. She was sexually enslaved for over a year. She will succeed in freeing herself from her torturers a year later.

Later, she joined the armed revolution in the Bicol region where she served the peasant masses, joined their struggle for land reform and continued to fight the notorious dictatorship. In 1983, during an attack by the fascist troops of Marcos, she was shot in the leg which caused her fatal injuries.

Adora Faye was released along with hundreds of other political prisoners in 1986 after the fall of the US-Marcos dictatorship. She was among those who successfully brought Marcos to justice for serious human rights abuses. Their victory was historic case law and an established historical benchmark for the multitude of crimes against humanity perpetrated by military and police forces under the US-Marcos dictatorship.

In the face of unchanged social and political conditions, Adora continued to render tireless service to the cause of women’s liberation and the people’s national democratic movement. In recent years, despite obstacles such as injuries and weakened physical condition, she has braved the most torturous paths, traveling long distances just to be with workers, peasants and other oppressed sectors of society. .

Throughout her life and now 66 years old, Adora Faye has never hesitated to serve the people. She continues to dip her pen, producing poems and songs. She shares her vast knowledge to elevate youth consciousness and replenish a new core of revolutionaries.

Adora Faye continues to dangle the torch in the fight against imperialism, feudalism, bureaucratic capitalism. She is punished by the reactionaries for not having served the people. It is a flagrant injustice for all the services she has rendered to the cause of the oppressed and exploited masses,