Records in the possession of Pakistan (kept in Lahore from the trial and the days of hanging) indicate that another associate was delegated to the front door of the SSP office opposite DAV College to report the emergence of James Scott and that it was this associate who confused Saunders as he began to leave police headquarters on a motorbike and alerted the waiting Bhagat Singh and Rajguru and opened fire.

Pakistan has suddenly decided to appropriate and own the legacy of martyred freedom fighter Bhagat Singh. from pakistan Dawn published this report on September 22, 2020: “It will be Bhagat Singh’s birthday next week. The legendary revolutionary was born on September 28, 1907 in the village of Banga in former Lyallpur, present-day Faisalabad district in Pakistan. The Pakistani government has declared his birthplace a national heritage while the Indian state of Punjab has offered to help make the site a world-class memorial.”

Bhagat Singh is perhaps one of the most revered icons of the Indian freedom struggle. Fired by the ideas of socialism and human rights, this young man faced the gallows with a strength unimaginable for a 23-year-old.

In 2017, Haroon Khalid – the Lahore-based writer who penned “Imagine Lahore” and “Walking with Nanak”, wrote “”Bhagat Singh is the least likely Pakistani hero – born into a Sikh family, an outspoken Communist, sympathizer of the Russian Revolution (which dismantled the Tsarist autocracy and led to the eventual rise of the Soviet Union) . Pakistan, on the other hand, created 16 years after his assassination in 1931, has become the symbol of a Muslim country, denying its Hindu and Sikh heritage…”

Later, in 2019, when Pakistan unveiled the statue of Maharaja Ranjit Singh inside Lahore Fort last year, Khalid wrote in the Tribune India:

For years we have endeavored to place the city’s Sikh history in a particular setting. The years of Sikh rule in Punjab, prior to the rise of Ranjit Singh and also continuing some years after him, are projected in Pakistani historiography as tumultuous years, especially for Muslims…

Haroon Khalid points out how for years Pakistan continued to ignore Sikh heritage and even persecute Sikhs who remained in Pakistan, an Islamic nation. He also cites stories of how Pakistan has peddled an anti-Sikh narrative in the seven decades since the country was founded.

… The problem is the selective inclusion of stories and the choice to remove others to fit a particular narrative. So while students will learn that Ranjit Singh used Badshahi Masjid for a stable, they will not learn how one of his wives, Maharani Jind Kaur, mother of Maharaja Duleep Singh, donated a collection of Handwritten Qurans in Data Darbar, or how at the insistence of his Muslim minister, Ranjit Singh renovated and handed over the Sunehri Masjid in Lahore to Muslims, which had been converted into a gurdwara before he came to power.

“In this account, what is also conveniently ignored is the political persecution of Sikh Gurus and the community by the Mughals. The executions of Guru Arjan Dev at the hands of Emperor Jahangir and Guru Tegh Bahadur on the orders of the Emperor Aurangzeb are also not mentioned is the phenomenal rise of a persecuted religious minority to the pinnacle of power under Maharaja Ranjit Singh,” writes Khalid.

Why does Pakistan suddenly love its Punjabi (read Sikh) heritage?

One school of thought says this is likely due to the powerful lobby of Punjabi nationalism in Pakistan. Also, 4 of the 5 largest cities in Pakistan (Lahore, Rawalpindi, Gujranwala and Faislabad) are in Punjab. About 80% of the Pakistani army is Punjabi. So in Maharaja Ranjit Singh – the brave one-eyed emperor who established a Sikh empire is celebrated by the Punjabis. It was the only time in Indian history when Punjabis ruled northern India, they believe.

Second, embracing the Sikh part of the Punjabi heritage while denying the Hindu Punjabis worked well for the ISI’s Khalistan initiative. The Khalistan insurgency from the early 1980s, until early 1991, until normalcy returned to Punjab, was secretly funded and fueled by Pakistan from across the porous border.

Even today, Pakistan is openly courting pro-Khalistani separatists. Former Pakistani committee secretary Gurudwara Prabandhak, Gopal Singh Chawla, a pro-Khalistan leader, who is also a close associate of Jamaat-ud-Dawa leader Hafiz Saeed, has been denounced not only as a Khalistan leader, but also as an informant and recruiter for the Pakistani spy. ISI Agency. In August 2019, Indian police officials caught a young Indian Harpal Singh Pala (son of ex-IAF airman Bahadur Singh from Jalandhar) spying on Chawla who had radicalized him through electronic communication.

You may recall that during the Kartarpur Corridor Plan talks early last year, India raised serious concerns about the inclusion of Chawla in the project.

Sliding of its agenda into the bilateral heritage:

While Kartapur is a living emblem of what Guru Nanak preached and brought together two conflicting ideologies and the people of two nations to keep his memory and teachings alive, the Pakistani government has tried to use even this opportunity to secretly dig a gap between Punjabi Sikhs and Hindus. Example from this previous article in Times Now. 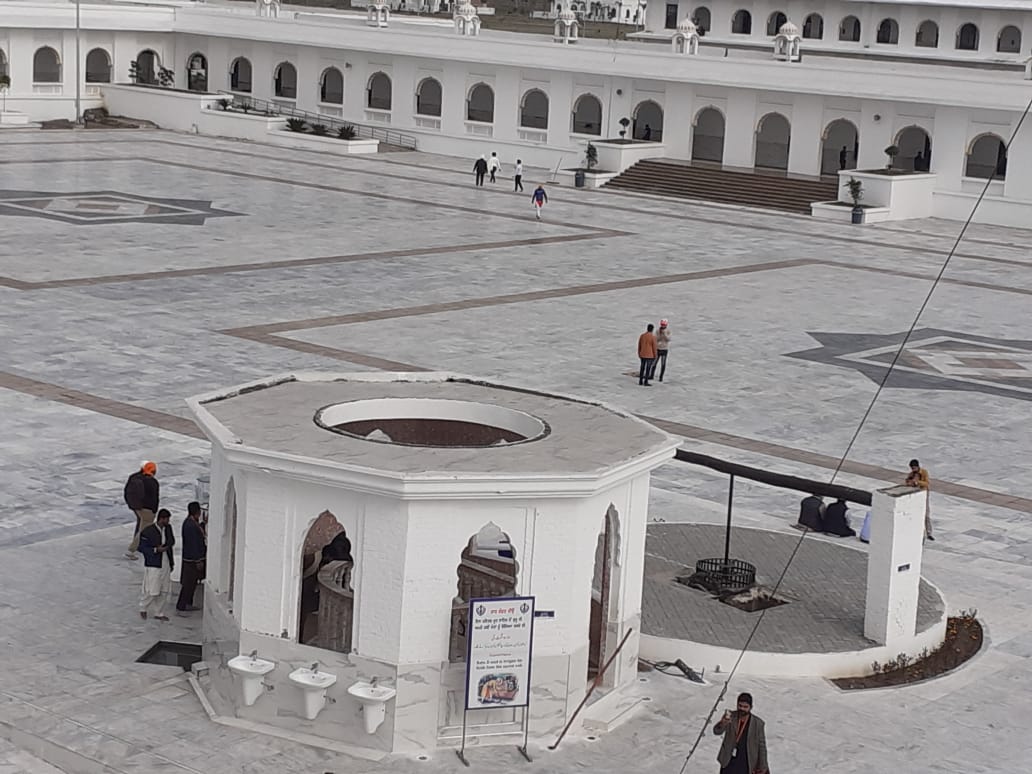 “Beside the main Gurudwara is a well which was used by Guru Nanak to water his fields. Subtle Pakistani propaganda was at play here. A sign says Indian Air Force had dropped a bomb for the purpose to destroy the Gurudwara but with the grace of Waheguru (Allah Almighty) the bomb had not exploded but fell into the pit instead. The bomb is encased in glass and on display. In 1971, Kartarpur was hit by war, but the Indian Air Force would bomb the area to wipe out the enemy armed forces, and certainly not the Gurudwara,” Times Now quotes in a first-hand account of a visit to the holy site (Kartarpur Gurudwara in Pakistan) after the inauguration of the Kartarpur Corridor last year.The narrative is largely an appreciation of the execution of the project, except for the quote at the bombed well which covertly seeks to blame India.

For years, the Bhagat Singh Memorial Foundation has called for Shadman Chowk in Lahore to be renamed “Shaheed Bhagat Singh Chowk” after the freedom fighter who was hanged to death in Lahore prison by British colonial rulers. Imtiaz Rashid Qureshi from the foundation had also filed a petition in the Lahore High Court last year but to no avail. Even the school in which Bhagat Singh studied is in ruins in Banga village, as is the ancestral home in which he grew up.

So when Pakistan has declared its adulation for Bhagat Singh and plans to make his native village of Banga in ancient Lyallpur (Faislabad) a national heritage, there will be very few people at least on this side of the border who won’t watch this. statement with suspicion.