An image of an old lady purported to be Kamaladevi Hazarika has been widely shared on social media and WhatsApp. The image has gone viral amid claims spreading on social media alleging illegal conversions of Hindus by Christian missionaries.

Recently, there have been misleading claims on social media that claim a Hindu religious temple has been converted into a mosque. The Logical Indian Fact Check team discovered in the report that the religious structure in question was a Jain temple.

The request is quite extensive and reads as follows:

“A Christian missionary was sent to Assam, his name was Father Cruz. He had the opportunity to teach English to a boy from a very influential family in Assam. ‘he learned that the child’s grandmother was the most influential person in this house The father believed that if she is caught in the web of Jesus’ teachings, then through her the whole family and then the whole village can be converted to Christianity!

The priest started telling Grandma how Jesus healed leprosy and how he enlightened the blind. Dadi said, my son, this is nothing compared to the miracles of our Lord Ram and Lord Krishna. You have heard that when our Aries touched a stone, he transformed into a living woman, with the effect of the name Aries, the stone used to float in water, it still floats today.

Hearing this, the pastor remained silent but continued his efforts. One day the pastor brought a cake from church and gave it to the grandmother. The pastor believed that Dadi would not eat, but against her expectation, Dadi took the cake and ate it. The sahib pastor stood up with a proud, frantic laughter in his eyes and said, “Grandma, you ate the church offerings! You are a Christian now.

Grandma pulled the priest’s ear and said, “Wow, donkey! If you gave me cake one day, I became a Christian and I feed you everyday from my house, so why don’t you “Have you not become a Hindu? Every day you take in the air and water of this land of Sanatan Dharma, and then you should have become a Hindu until now!”

This grandmother, who saved herself, her religion and the nation from going astray and going in the wrong direction, was the famous revolutionary from Assam “Kamala Devi Hazarika” Who knows this story from Assam? Isn’t it our duty for the country to get information about her?”.

This similar claim also went viral on Twitter in 2021.

#Thread
An interesting story of Kamala Devi hazarika for all Sanatanis…🙏

A Xtian missionary was sent to Assam for the promotion of the religion. His name was Cruz. He came across one of the boys from an influential family in Assam to teach him English. @noconversion

Logical Indian’s fact-checking team verified the claim and found it to be false. The viral image is of social activist and freedom fighter Kamaladevi Chattopadhyay.

We performed a reverse image search on one of the images released with the viral post. We came across this image uploaded to an India Today article, published on April 3, 2018. We performed another reverse image search on images purporting to depict Kamaladevi Hazarika. However, we found that these images also showed freedom fighter, Kamaladevi Chattopadhyay. We found the image in this Indian Express article published on April 17, 2018.

The [email protected] started telling grandma how J€$u$ cured the leprosy of the lepers, how he gave sight to the blind, etc. But after listening to him, the strong grandmother Sanatani said. A stone turned into a living woman (Ahalya) for our Rama when he touched the stone. According to information from India Today and Indian Express articles, Kamaladevi was born on April 3, 1903 in Mangaluru, as the youngest daughter of Ananthaya Dhareshwar and his wife Girijamma.

After being married and widowed at the age of 14, Kamaladevi later became friends with and eventually married Harindranath Chattopadhyay, Sarojini Naidu’s brother. She joined the Indian National Congress (INC) in 1927 to support the freedom struggle. She was among the few national leaders who became the signatories of the new document of the Constitution of India after independence. Chattopadhyay has been recognized as an eminent feminist, artist, actress and promoter of traditional theatre, art, puppetry, music and crafts. Kamaladevi received the Padma Bhushan in 1955 and the Padma Vibhushan in 1987. She also received the Ramon Magsaysay award.

Famous historian Ramachandra Guha wrote about Chattopadhyay in his book Makers of Modern India. He wrote a detailed account of his life which contained no mention of the conversion incident mentioned in the viral post. Apart from the detailed account, we found no mention of his settlement in Assam in the book written by Guha. We also came across this essay written by Chattopadhyay on religion in the book, quoted by Guha. In this quote she writes about Christianity, Islam and Hinduism. She states, “The Christian crusader has not fought for the Christian holy land any more than the Muslim masses do for their holy Pakistan.” 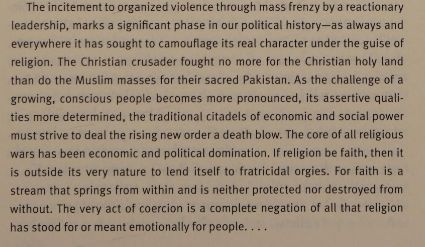 Apart from that, we also searched the book “Kamaladevi Chattopadhyaya: Portrait of a Rebel” written by Jamila Brijbhushan. The book contained no mention of a Christian missionary named Cruz.

The book did, however, contain a brief mention of his religious views. The author states: “…She never allowed herself to fall into religiosity, however, either as a means of escaping the pressures of the world or as a means of obtaining favors…The service was for her the highest form of worship and it continues like this even now.”

One of the only mentions in the book of a Christian missionary is of his travels to Washington, USA. She was invited to the University of Kansas to give a speech in which she mentioned the political consequences of Christian missionaries in India.

In our investigation, we found that there were no credible reports about the personality Kamala Devi Hazarika from Assam. We have found that the images shared with the viral posts are images of freedom fighter Kamaladevi Chattopadhyaya.

During our fact check, we found no mention of Chattopadhyay traveling to Assam and settling there. We also couldn’t find any mention of a Christian missionary named Cruz converting her to Christianity, according to the claim. Such a fact would have been highlighted because Kamaladevi spoke openly about his religious views and commented on Islam, Christianity and Hinduism. Several historians and scholars have written about her life and failed to mention the story of a Christian missionary named Cruz who tried to trick her into converting her to Christianity. Therefore, the viral claim is false.

If you have any news that you think needs to be checked, please email us at [email protected] or whatsapp on 6364000343.

Also Read: No, India’s First Five Education Ministers Appointed Under Congress Rule Were Not Only Muslims