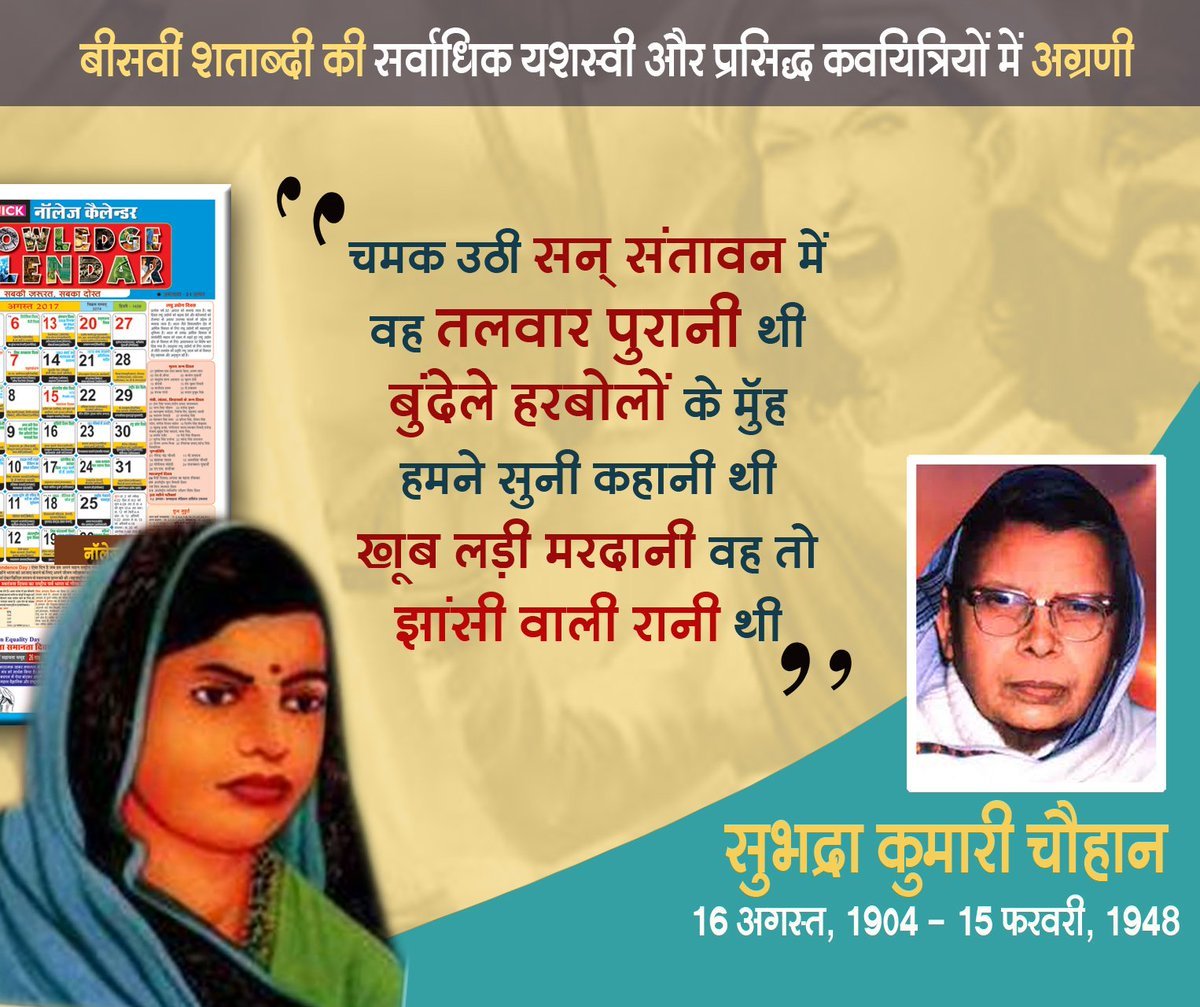 Subhadra Kumari Chauhan was born on August 16, 1904 in Allahabad. She was the first Hindi language poet, who took part in the freedom struggle through her pen and inspired others to fight for the country through her poems. Along with this, she also reported the heroic stories of many revolutionaries on paper, of which “Khoob Ladi Mardaani Wah To Jhansi Wali Rani Thi” is one of the most important poems.
Subhadra ji was married to a playwright, who recognized Subhadra’s talent and encouraged her to move forward. In addition to composing a poetry story, the two also worked closely with Congress. Subhadra Kumari Chauhan died in a car accident on February 15, 1948 at the age of 44.