Freedom fighter who died the day independent India was born

This Independence Day marks 72 years since India’s liberation from British colonial rule. August 15, 1947 holds an important place in the history of freedom struggle, when India was born as an independent nation. But many of us may not know that it is also the day that India lost Sardar Ajit Singh, who lived in exile for 38 long years fighting for India’s freedom.

Born on February 23, 1881, Ajit Singh was the younger brother of Sardar Kishan Singh and uncle of Shaheed Bhagat Singh, the visionary and revolutionary thinker. After passing his matriculation exams at the Anglo-Sanskrit High School in Jalandhar in 1894, Singh studied at DAV College, Lahore. Later, he was admitted to Bareilly College to study law, but by then his attention was diverted to the political and social conditions of India.

His penchant for taking up sticks on behalf of the poor and against British rule soon became apparent. Famines then fell on the earth. Singh, along with his brother Kishan Singh, worked among people in famine-stricken areas like Barar (Madhya Pradesh) and Ahmedabad and in areas affected by the floods and earthquakes of Srinagar and Kangla in 1905. His work among the poor during natural calamities and famines formed the backdrop to his later radical philosophy and politics. He then begins a long political journey that will set him against the British government and make him an easy target.

In 1907, Ajit Singh was arrested and deported to Mandalay Prison in Myanmar for leading a peasant rights agitation, popularly known as “Pagri Sambhal Jatta”, which planned to commemorate the 50th anniversary of 1857, the first war of independence. Singh, alongside Congress leaders, mobilized peasants against two new colonial laws, the Colonization Act and the Doab Bari Act. These laws, instead of giving ownership of the land, reduce the status of peasants to that of sharecroppers.

After his release from Mandalay prison, Singh attended the Surat session of Congress and later formed a revolutionary organization called the Bharat Mata Society in 1907. He then started the Bharat Mata Book Agency, which due to its anti- strident government, propaganda publications, attracted the attention of the British government. Although the government seized many publications, they remained very popular among the people. Many young revolutionaries like Sufi Amba Prasad, Zia-ul-Haq, Lal Chand Falak, Din Dayal Banke, Kishan Singh and Lala Ram Saran Das were among the members of this underground organization.

What is most striking about Singh’s long and turbulent political career is his mobility among domestic and international revolutionaries and the wide range of acceptance he has had among them. In his quest for freedom for his country, Singh transcended national and international borders, seeking allies across the world. His ideological influences ranged from Sufi to revolutionary radicalism.

To escape the colonial net, Singh, along with the Sufi Amba Prasad, fled to Iran via Karachi in 1909. He lived in the city of Shiraz, under the name Mirza Hasan Khan, earning a living as a teacher . After spending some time in Iran, Singh went to Paris, leaving behind his colleague Amba Prasad to continue the work in Iran. Amba Prasad was killed in 1917 in Shiraz fighting alongside Iranian nationalists against the British army. 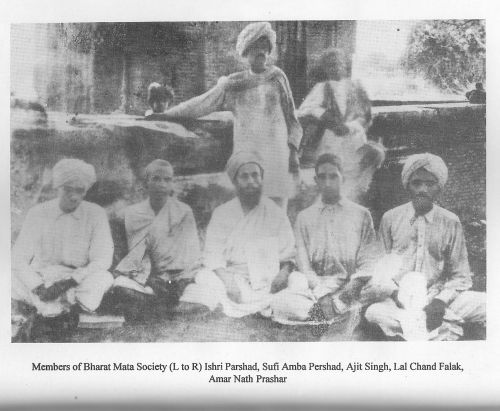 In Paris, Singh built a network of solidarity with people who were fighting for the liberation of India in different parts of Europe. He also founded at that time the Indian Revolutionary Association (Bharatiya Krantikari Sangh). Throughout his political career, Singh continued to shift base from country to country, creating networks of alliances. From Paris he went to Switzerland, where he became a close participant in the activities of a group of exiles from Turkey, Finland, Arabs, Russia, Ireland, Poland and Iran. It was there that he also met communist stalwarts like Lenin and Trotsky as well as fascist leader Mussolini.

In 1913, Singh moved to Germany, but with World War I looming on the horizon, he headed for Brazil. There he developed close ties with the Hindustani Gadar Party and its leading members like Bhai Rattan Singh, Teja Singh ‘Swatantra’ and Baba Bhagat Singh Bilga. In 1932, he returned to Europe where, as he mentions in his autobiography, he met Subhash Chandra Bose.

They tried for a time to get Germany to support the cause of the Indian nationalists, but then gave up after realizing Hilter’s true intentions. While in Italy, one of Singh’s most significant accomplishments was founding Azad Hind Fauj. He even tried to conscript Indian soldiers into the British army who were arrested by the Italian government.

After Italy’s defeat, Singh was arrested by Allied forces in May 1945. He was incarcerated in various prisons across Italy and Germany until December of the following year. Such a long period of incarceration has damaged his health. Meanwhile, India was on the verge of becoming independent. As news of Singh’s failing health reached India, his colleagues pressured Nehru to demand his release. 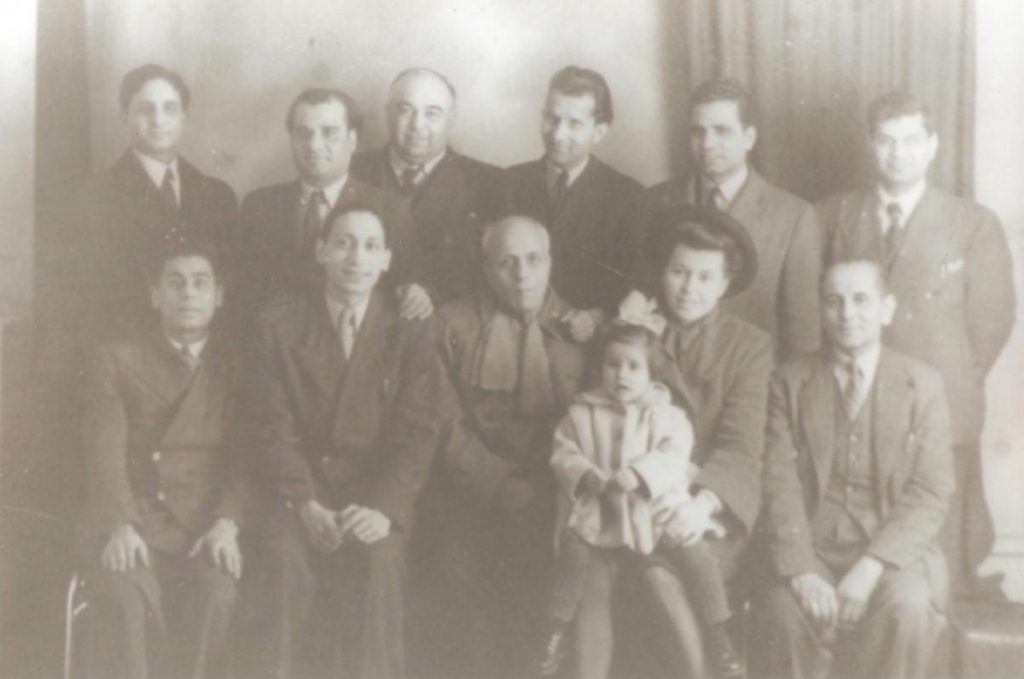 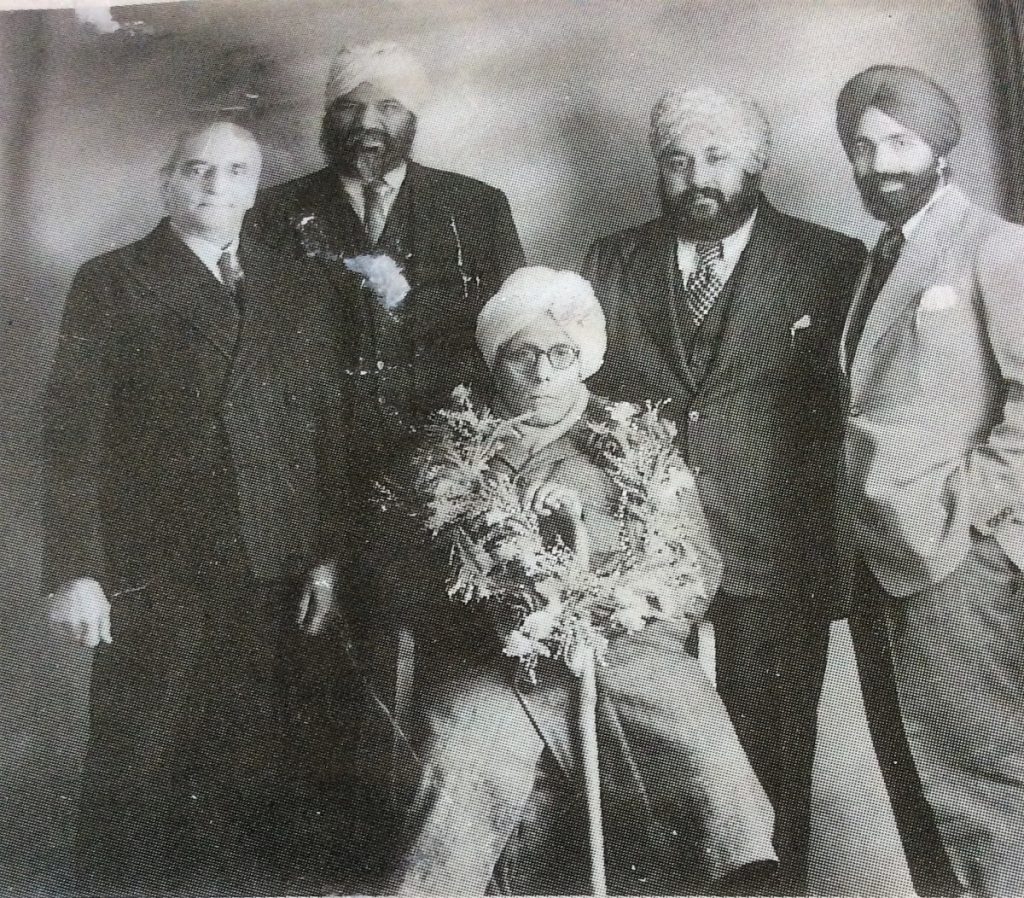 Sardar Ajit Singh with the Indian Workers’ Association in London, 1947 Sardar Ajit Singh and his wife, Harnam Kaur, are welcomed in Karachi, 1947

The efforts were successful. Singh reached London in 1946 and from there returned to Karachi. Upon his return after more than three decades, he was received by cheering crowds. Growing communal violence on the eve of partition, however, left Singh heartbroken. As his health continued to deteriorate, Singh was taken to the hill station of Dalhousie, where he died on August 15, 1947, the day India gained independence.

In his last will, Singh wrote:

“Our poor India is unhappy to be balkanized. People living together for centuries were growing closer and had jointly contributed to culture, civilization and national thought. But ambitious politicians who aspire to personal power , under the patronage of foreign rulers, by conspiracy, the abuse of religious fanaticism and the ignorance of the masses, have been busy doing great harm to future generations.The seeds of disunity, sown by foreign rulers, produced the tree which now bears its calamitous fruit in the form of a vivisection of the homeland, and thus laid a solid foundation for future troubles.