Two terrorists on motorcycles shot and martyred IRGC member Sayyad Khodaei, military adviser to Syria, in the Iranian capital of Tehran outside his house while he was in his car on Sunday afternoon, May 22, 2022.

Martyring the defender of the holy shrine proved once again that the Islamic Republic of Iran, which is at the forefront of the fight against terrorism, has always been a victim of state terrorism in the world.

Ambassador and Permanent Representative of the Islamic Republic of Iran to the United Nations Majid Takht Ravanchi has written a letter to United Nations Secretary General Antonio Guterres calling on the international body to condemn the recent assassination of the IRGC member in Tehran.

Takht Ravanchi described the martyr Hassan Sayyad Khodaei as a member of the armed forces of the Islamic Republic of Iran who played an influential role in the fight against terrorism and ISIL.

The Iranian Ambassador further stated that preliminary estimates and evidence clearly indicate that the terrorist act was perpetrated as an extension of systemic killings against innocent Iranian citizens and scientists as a means to advance the illegitimate aims of the foreign policy of certain foreign regimes.

He further described the assassination as a violation of the Charter of the United Nations and the principles of international law and human rights, as well as a serious threat to regional and international peace and stability, with consequences for supporters of terrorism.

Takht Ravanchi stressed that such criminal acts will not undermine Iran’s determination to continue its fight against terrorism in the region.

He also indicated that an investigation into the terrorist act is underway to find the perpetrators, and called for the condemnation of the terrorist act by the UN within the framework of the duties of the UN in its real fight. and non-discriminatory against terrorism. 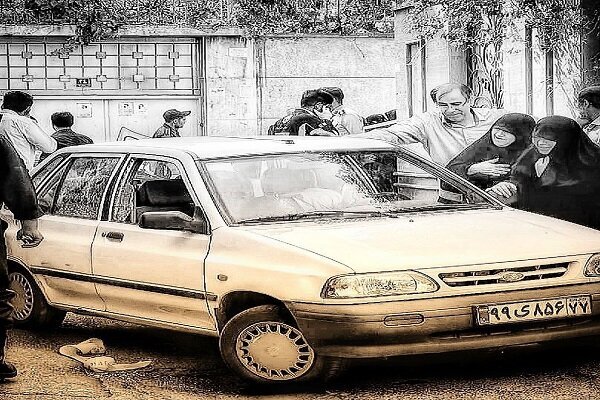 A spokeswoman for the Israeli prime minister declined to comment on the murder. But according to an intelligence official briefed on communications, Israel informed US officials that it was behind the killing, according to The New York Times.

“The Israelis told the Americans that the killing was intended to warn Iran to stop the operations of a secret group within the Quds Force known as Unit 840, according to the intelligence official, who said spoke on condition of anonymity to discuss classified information. ”

Unit 840 is tasked with kidnapping and killing foreigners around the world, including Israeli civilians and officials, according to Israeli government, military and intelligence officials, the source added.

The United States has designated the Revolutionary Guards as a terrorist group – a decision that has been a sticking point in negotiations with Iran to revive the 2015 nuclear deal. Iran has demanded the designation be removed as a condition to reinstate the deal, but the United States refused, leaving negotiations frozen, he added.

Israel is adamantly opposed to the nuclear deal and some Iranian analysts close to the government have said the attack was aimed at derailing nuclear talks at a delicate point and undermining any possibility that Iran and the United States United reach a consensus on the issue of guards. , he noted.

“Israeli officials said Colonel Khodaei was the deputy commander of Unit 840 and was involved in planning cross-border conspiracies against foreigners, including Israelis.”

“Israel has a history of assassinations of nuclear scientists inside Iran with drive-by shootings by gunmen on motorcycles. But while previous attacks inside Iran have mostly focused on nuclear targets and military infrastructure, this assassination appears to be a rare case of Israel targeting members of the Guard inside Iran. in retaliation for plots against its citizens.

The plan to target Colonel Khodaei could date back to at least July 2021. That’s when operatives working for Israel’s intelligence agency abducted a farmer named Mansour Rasouli from Uromieh, Iran, according to Israeli intelligence and military services, he added.

Officials said the Revolutionary Guards recruited Mr. Rasouli, who was part of a local drug trafficking gang, as a hitman for targets outside Iran, he added.

Officials said the agents who abducted him were seeking information about the chain of command of Unit 840, of which Israel says Colonel Khodaei was a leader. Officers released Mr. Rasouli after questioning, they said.

Israeli newspaper Yedioth Ahronoth reported that the Israeli regime’s military officials were angry with the New York Times newspaper for revealing that the regime was behind the recent assassination of IRGC member Col. Martyr Hassan Sayyad Khodaei in Tehran.

The American newspaper had quoted sources according to which the Tel Aviv regime had informed Washington of the plot to carry out the assassination of Tehran.

According to the Yedioth Ahronoth, Israeli military apparatuses demanded an explanation from their American counterparts for exposing the regime’s responsibility for the assassination while acquitting the United States.

The New York Times quoted a knowledgeable source as saying Thursday morning that Israel’s Zionist regime had informed the United States that the assassination of martyr Sayyad Khodaei had been committed by them.

Iranian President Seyyed Ebrahim Raeisi has expressed his condolences to the bereaved family of martyr Sayyad Khodaei and his IRGC companions.

He also urged Iranian security officials to seriously pursue this crime, saying revenge for the blood of this honorable martyr is inevitable.

Undoubtedly, this crime was committed by an arrogant power whose plots were plotted by the Holy Shrine Defenders, he added. 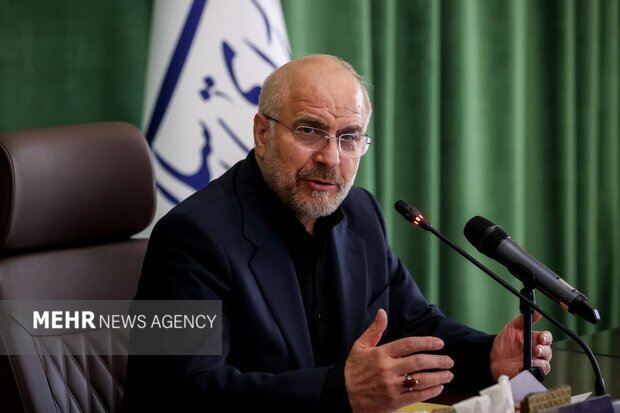 In his letters, the speaker of the Iranian parliament strongly condemned the act of terrorism perpetrated by elements of Global Arrogance by martyring Sayyad Khodaei.

Ghalibaf referred to the Charter of the United Nations, the principles of international law and human rights, and described the recent terrorist act as the continuation of systematic and targeted assassinations against Iranian citizens, scientists and forces. armies.

He said the international community should be seriously concerned about the dangerous consequences of such terrorist acts for international peace and security, and condemn these brutal assassinations by some regimes.

He called on these international bodies to condemn the recent cowardly assassination in Tehran as part of their duty to fight terrorism without discrimination.

Referring to the double standard of some Western governments when faced with the phenomenon of terrorism, he said, “As much as terrorism is condemned, so is the silence against terrorism also condemned.”

The silence of some governments in the face of terrorist acts would mean that they reward terrorists, and terrorism will not be eradicated as long as terrorists hope to receive a reward, the Iranian diplomat said.

These assassinations have no effect on Iran’s counter-terrorism policy in the region, and there is no doubt that Iran’s policy of preserving stability, security and counter-terrorism will continue with more power than before, he added. 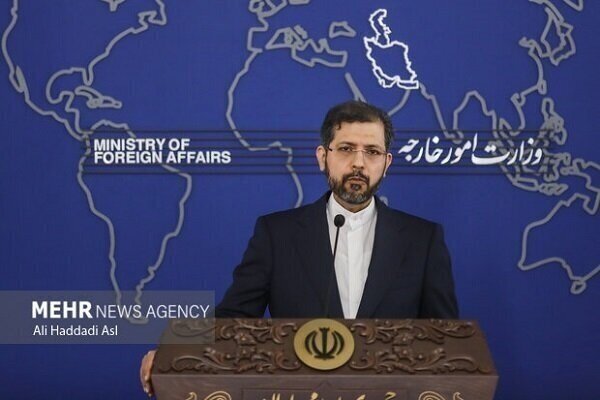 Saeed Khatibzadeh expressed his condolences to the bereaved family of martyr Sayyad Khodaei and his IRGC companions.

This inhumane crime is committed by terrorist elements affiliated with global arrogance which unfortunately comes with support and silence from countries claiming to fight against terrorism, he added. 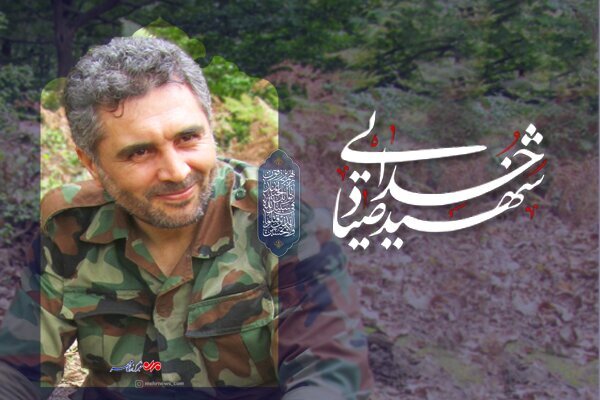 The IRGC’s public relations department announced the arrest of a network of thugs linked to the Zionist regime from the Israeli intelligence services. 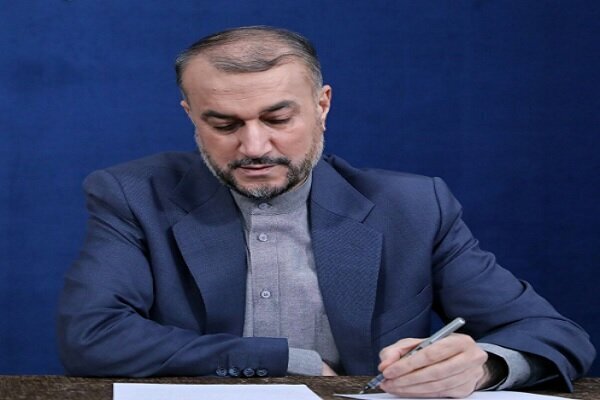 In a written message to the bereaved family of martyr Khodaei, Iranian Foreign Minister Hossein Amir-Abdollahian said the Foreign Ministry will follow up the case using its international, legal and political capabilities.

Referring to Iran’s central role in the fight against terrorism, he pointed out that the assassination of the martyr Khodaei once again proved that Iran was itself a victim of terrorism. 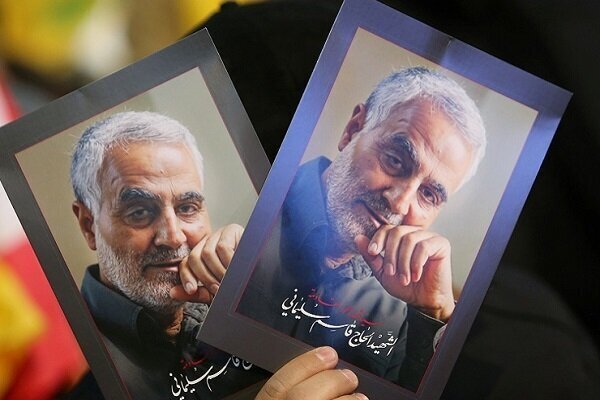 Earlier, US terrorists assassinated General Qassem Soleimani, the commander of the Islamic Revolutionary Guard Corps’ Quds Force, as well as Abu Mahdi al-Muhandis, deputy head of Iraq’s Hashd al-Sha’abi, and their companions by targeting their vehicles outside Baghdad. International airport on January 3, 2020.

The terrorist act was carried out under the direction of US President Donald Trump, with the Pentagon taking responsibility for the strike.

General Soleimani is seen by freedom-seeking peoples of the world as the key figure in defeating ISIL, the world’s most notorious terrorist group, in the battles of the Middle East.

Abu Akleh, a long-time correspondent for Al Jazeera Arabic, was killed while covering Israeli army raids in the city of Jenin in the northern occupied West Bank. 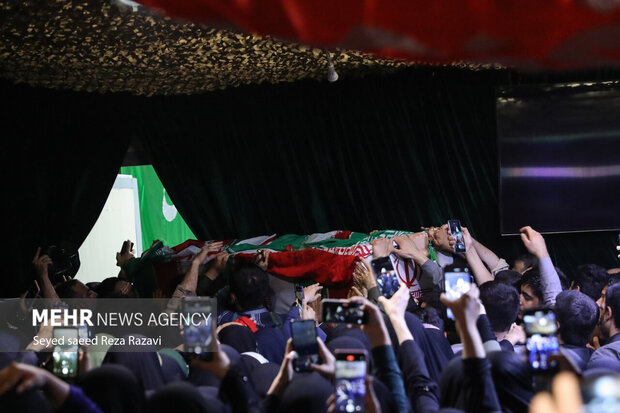 A surprising point in these terrorist attempts is the silence of the countries that claim peace and security in the world.

While European countries are protesting these days to prevent a spy in Iran from being punished and seeking to interfere in Iran’s internal affairs by launching hashtag media operations, they have remained silent in the face of such flagrant terrorist operations.

The end point towards the assassination of Martyr Sayyad Khodaei and General Soleimani was the speech of resistance and sacrifice that Martyr Khodaei, General Mrtyre Soleimani and his colleagues followed around the world.