Bombay (Maharashtra) [India]Jun 7 (ANI): 19 years ago, Bollywood actor Ajay Devgn got the ‘lifetime’ opportunity to play the role of revolutionary freedom fighter Shaheed Bhagat Singh in the movie ‘The Legend of Bhagat Singh “.

On Monday, Ajay took to Instagram and reminisced about his work on the project by paying tribute to Bhagat Singh.
“It’s not enough to play a revolutionary like Bhagat Singhji, once in your life and in your career. You have to constantly keep him there…After all, they are the ones who wrote history with their to# 19YearsOfTheLegendOfBhagatSingh,” he wrote. 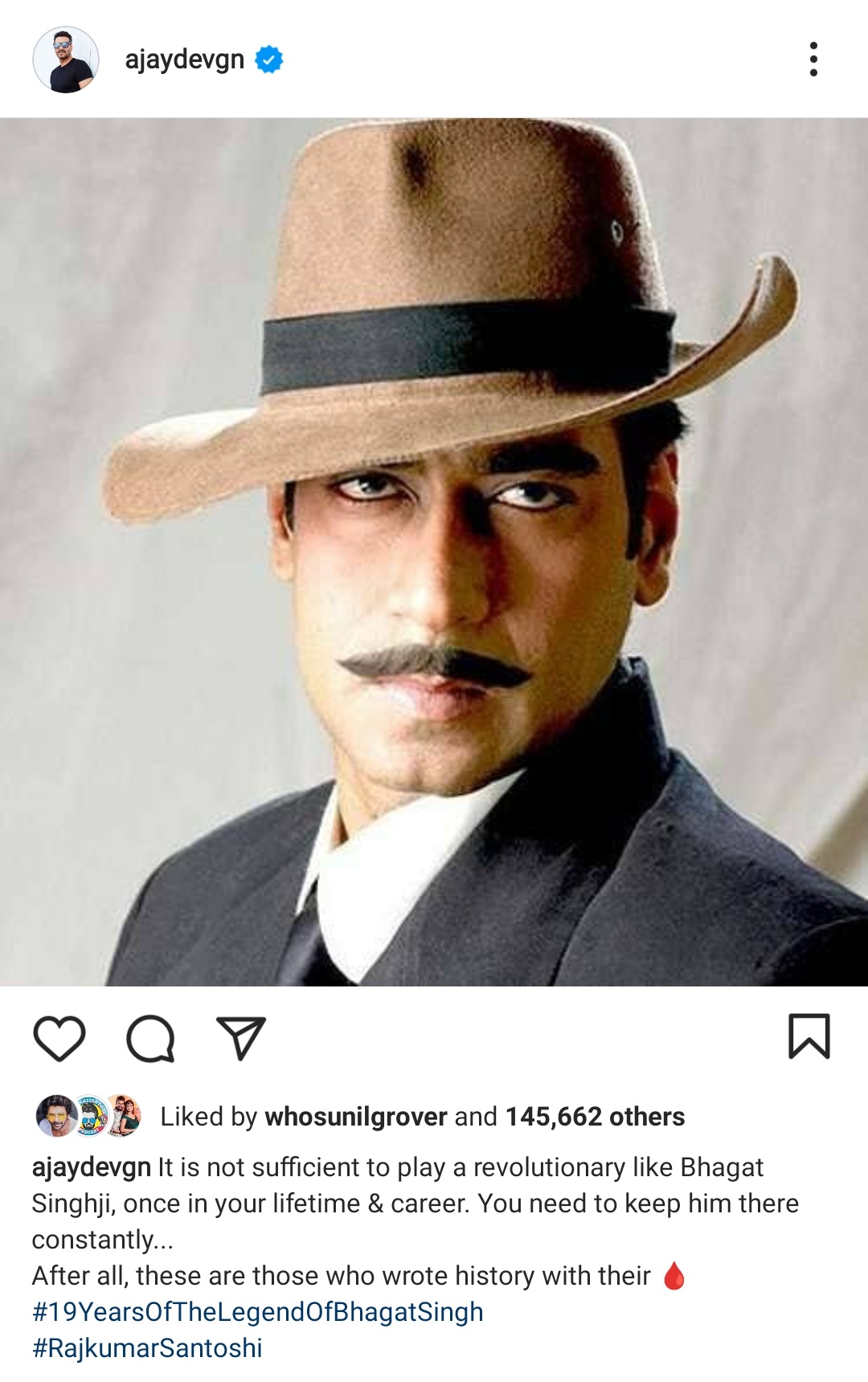 Released on June 7, 2002, “The Legend of Bhagat Singh” revolves around the life of socialist revolutionary, Bhagat Singh, who fought for Indian independence.
Ajay, who played the lead role of Bhagat Singh, even posted a picture of his look from the movie, directed by Rajkumar Santoshi.
Actors Raj Babbar, Farida Jalal, Sushant Singh and Amrita Rao also starred in the hit movie.
Talking about Ajay’s upcoming work projects, he has a lot of movies in his kitty. We will see him in ‘Maidan’, ‘Bhuj: The Pride of India’ and ‘Mayday’. Not only that, but he is also set to make his digital debut with the crime drama web series “Rudra: The Edge Of Darkness”. (ANI)